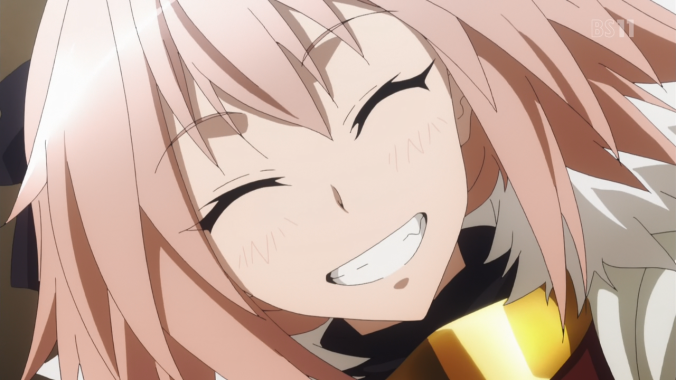 One thing I really don’t like is the meme status of male characters who dress or act in a feminine way. These characters are commonly referred to as “traps”. I don’t hate the word itself, but more so the connotation of these characters being no more than joke characters. They are almost never taken seriously and are commonly used in memes that poke fun at the fact they are feminine or make shitty jokes about them purposely trying to trick people over their sex.

A great example of a character that fits this bill is Astolfo. He is often thought of as the joke character of Fate/Apocrypha, and he is one of the most popular characters to use in shitty memes. I find this to be very unfortunate because he is such a wonderful character who’s actions are commendable and inspiring. So here we have a post on Astolfo, one of my favorite Fate servants.

WARNING! There will be spoilers for Fate/Apocrypha!

BELIEF THAT EVERYONE IS VALID

It’s easy for the average viewer to not take Astolfo seriously based on his personality, but Astolfo represents hope in the purest sense. The main reason is how genuinely good of a person he is. One of the most powerful scenes in Fate/Apocrypha happens early on when Astolfo saves a homunculus. Homunculi are generally seen as disposable tools not real nor worth caring about. Astolfo doesn’t see them that way. He saw one struggling to survive and gave up everything to help him.

Siegfried ends up giving the homunculus his own life. The homunculus doubts whether a disposable fake human like him is even worth saving. In the eyes of Astolfo, the answer is absolutely. He is just as valid as any other person, and has just as much of a right to live and be happy as any other person. It is that exact ray of hope and genuine care for others that literally saves the world. It is for this very reason a line as simple as “Live! You’re allowed to now”, is so powerful.

This quote perfectly describes Astolfo. In contrast to Shirou Kotomine, Astolfo truly has hope for the world, and embodies that hope by being that hope himself. His belief that everyone is valid and his genuine care for others makes him and ideal person people should aspire to be like. He ends up representing the exact type of hope he has for the world. To put it in another perspective, if there were more people in the world like him, then significantly more people would have a reason to have as much hope in humanity Astolfo has.

Considering Astolfo embodies hope, it is only fitting his hope gets passed on to someone else. Despite Astolfo wanting Sieg to live a normal happy life outside of the dangerous conflict of the Great Holy Grail War, it is that exact hope that brings Sieg back. He was given true freedom, and he uses that freedom to do for the rest of the homunculi the exact same thing Astolfo did for him. This also leads to him returning the favor and saving Astolfo by becoming his new master. When his faith in humanity began to fade, the hope of both Astolfo and Jeanne is what allowed him to be determined to take on Shirou Kotomine.

PASSING ON THE TORCH 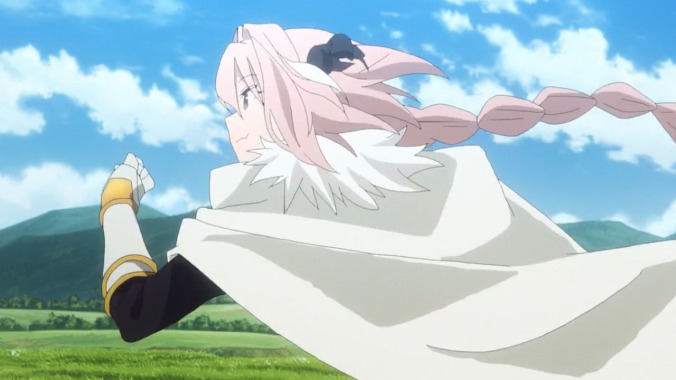 Astolfo spread his hope to Sieg, and because of that, Sieg was able to save the world from Shirou Kotomine by turning into a dragon and taking the Holy Grail away. But he had to pass on the torch to someone else while he was gone. There is nobody better to take on the task to spread happiness to the world than his loyal servant and friend, Astolfo. It took the simple kind actions of saving a homunculus to literally save the world, and it’s that exact ray of hope the world needs. If a simple act of kindness and compassion for life could have such a major impact, then that same attitude has the power to change the world. Astolfo truly is the change he wants to see in the world.

That’s all for this post. Astolfo is a massively underrated character so i really wanted to shine a light on what makes him such a captivating character, and hopefully I can play a part in removing the stigma of femboy characters and get you to see why Astolfo doesn’t deserve the status as the joke character of the Fate fandom. Thanks for reading, and make an effort to be more empathetic like Astolfo.