Suguha Kirigaya, or Leafa, has to be one of the most misunderstood anime characters ever. Most people see her and say “incest” and completely ignore the whole point of her character arc. There is literally no incest in Sword Art Online.

Suguha just wants to be loved, and that causes her to feel alone and confused. So that is what I’m here to talk about. Rewatching Sword Art Online recently made me really appreciate her character a lot more and she really doesn’t deserve the hate she gets. So I’m gonna show some of that appreciation with this post.

WARNING! There will be spoilers. There will only be spoilers up to the end of season 1 since she doesn’t really play an important role outside of the Fairy Dance arc, at least not up to where the anime has currently adapted. 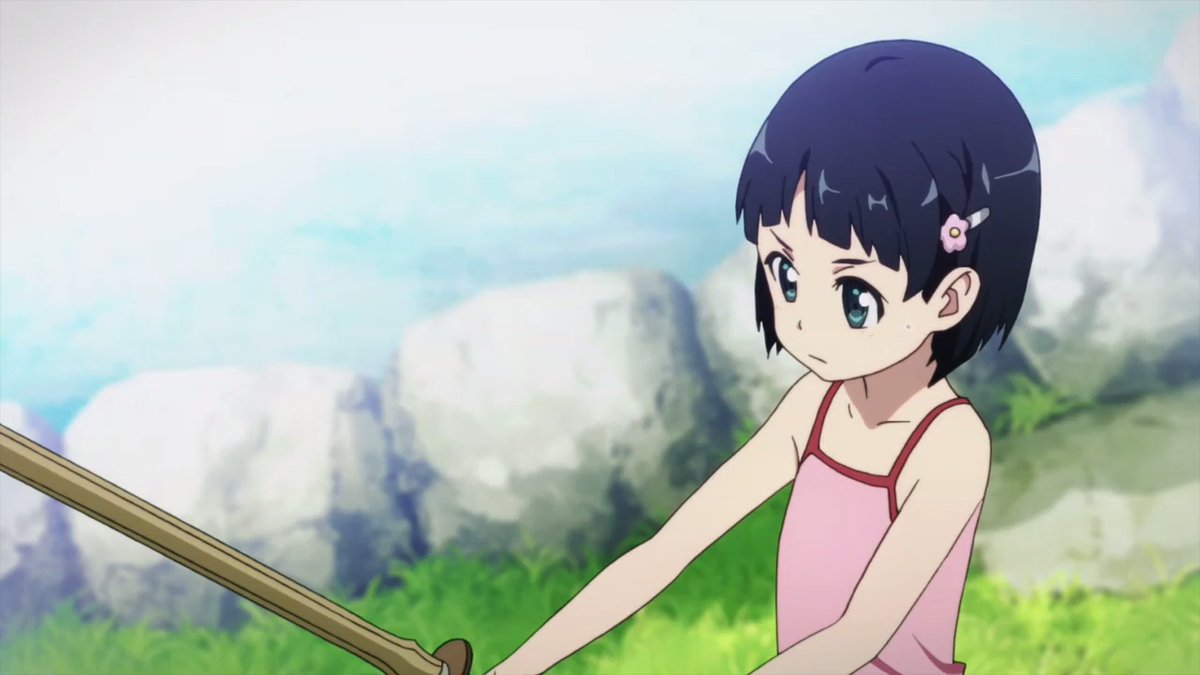 Suguha used to get along really well with Kazuto when they were kids. But one day Kazuto found out he was adopted and they were actually cousins, not siblings. This caused him to isolate himself and get absorbed in games. Because he isolated himself, he never actually approached Suguha about how he felt. This miscommunications is what causes Suguha to feel neglected.

Suguha said she would train really hard in kendo so Kazuto wouldn’t have to do it. Kazuto assumed she hated him for that, but she actually enjoys kendo. Suguha though he quit kendo because he found out he adopted, when in actuality, he just didn’t like it. This is just one example on how their miscommunication made them spread even farther apart.

What Suguha really wants is to feel loved. When she was a kid, she got along so well with Kazuto. They grew apart but after Kazuto came back from SAO, he finally wanted to reconnect with her. For the first time in so long, she finally felt loved again. Kazuto was being nice to her again and it reminded her of the time when they were kids.

After finding out Kirito was actually Kazuto, she breaks down. She had fallen in love with Kazuto because he was being nice to her. She hadn’t loved in so long. She felt confused in wanted to reciprocate that love. Kazuto being nice to her again reminded her of when they were kids, and she ended up falling in love with the Kazuto that loved her. She is confused, and she knows this is wrong.

Because she knew it was wrong, she tried to fall in love with Kirito in Alfheim instead. As she stated during the breakdown, she had already gotten over her feelings for Kazuto during her adventures with Kirito. She felt a similar warmth and affection for Kirito. But upon learning they are the same person, this causes her to break down. She completely ignored her own feelings because she knew they were wrong and tried to displace them with Kirito, and she found out that was pointless.

She wished Kazuto had never started being to nice to her, as she wouldn’t have had to go through so much emotional confusion. All that really happened was that she fell in love with the one she felt showed the most love towards her. She felt jealous that affection went towards Asuna. She wanted it all for herself despite knowing it was wrong, so she had hoped Kirito would give it to her, but even that dream was crushed.

RETURNING THEIR RELATIONSHIP TO NORMAL 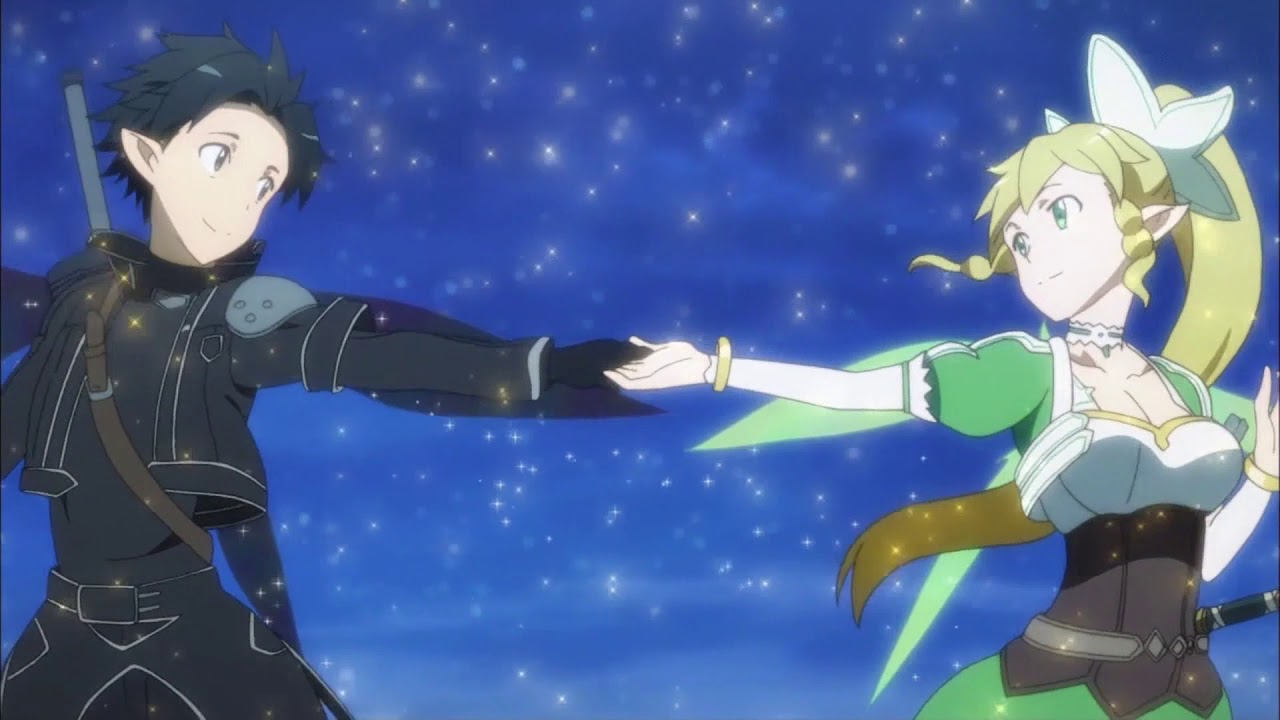 Suguha’s feelings were largely due to Kazuto’s own isolation. They go back to Alfheim where they have a dual, which Kazuto throws to apologize to Suguha. He feels it’s his fault Suguha felt so alone and that she wouldn’t be so confused if he had just shown her the love he gave when he was a kid at all times. But until he rescues Asuna, he doesn’t feel he can patch things up with his family because he doesn’t feel the death game ended for him.

Suguha wants things to go back to normal so she agrees to help him. By the end of it, she gets over her feelings for Kazuto. Now that everything is over, they can go back to normal. Suguha doesn’t have to be in love with Kazuto. To feel loved by those closest to her, they just need to communicate. She feels nervous at the prospect of patching things up with Kazuto but at the end of the season, she is assured by Kazuto that she can reach anywhere she wants.

At the end of the anime, Aincrad appears in Alfheim Online. She is invited by Kazuto to Aincrad to experience his world and to help him beat the game. From there on out, they can finally start to feel like a family again.

Suguha is a character with complex and confusing emotions, but the Fairy Dance arc as a whole is pretty simple. It stresses the importance of communication and genuine care for others. Suguha spent the whole arc confused and she felt hurt, but all it really took to resolve it was to communicate with Kazuto; to help her understand his feelings and to sort out her own. She doesn’t need to fall in love with someone to feel loved or to give that love back.

It really sucks that Suguha is largely viewed as the incest girl, but it really was just a dumb crush that came from her confused feelings and desire to feel loved. She never acts on her feelings and recognizes it’s wrong. I know its popular for anime to use incest tropes, but at no point was it fetishized or sexualized. It explored her feelings in a mature and heartfelt way. You could really feel her struggle with her feelings, and that is what made me appreciate her character. It really sucks that people only see “incest” while her whole struggle completely goes over their head.

I unfortunately don’t have a deep dive into psychology for this one, but hopefully this post could somehow get across why I appreciate Suguha’s character, and I can’t wait to see what she brings to the table in the future of this franchise.

Thanks for reading, now have a wholesome gif of Kazuto bullying Suguha.