Warning! There will be spoilers for Fate/Apocrypha!

Fate/Apocrypha starts off with some narration from Sieg. He explains what the story of Fate/Apocrypha is about. It’s simply the story of a boy who got his wish granted. Wishes certainly play a major role in this anime, with each character’s wish pretty much defining their character. This of course includes the servant-master pair of Mordred and Kairi.

This pair of characters easily made for some of the most entertaining moments of the anime, but they also had some of the best character arcs in this anime.

Both of these characters have wished, although their true wishes aren’t the ones they initially explained. Mordred, in her rage at being rejected by King Arthur and being denied the throne, wished to have a chance to challenge the sword of selection. Kairi wanted to continue his lineage. Both of these are just illusions they put up so they wouldn’t have to confront their real wishes, which seem far more unattainable. 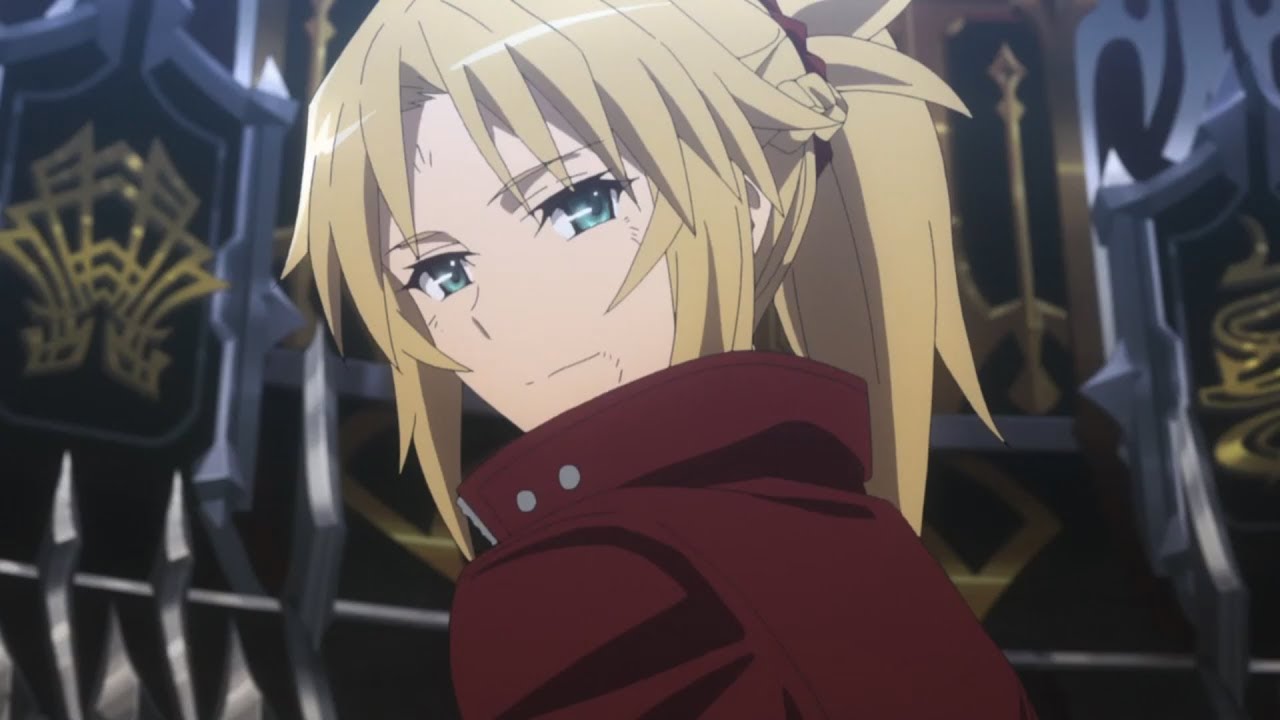 Mordred’s real wish was to ease the burden of being king on her father. Her father was a slave to their people, and was never allowed to be friends with anyone. It was too lonely a position and Mordred wanted to take her father’s place. She was driven by greed and forgot this wish.

Kairi Shishigou just wanted his adopted daughter back, who died when he tried to transfer his magic crest, due to his family’s curse. 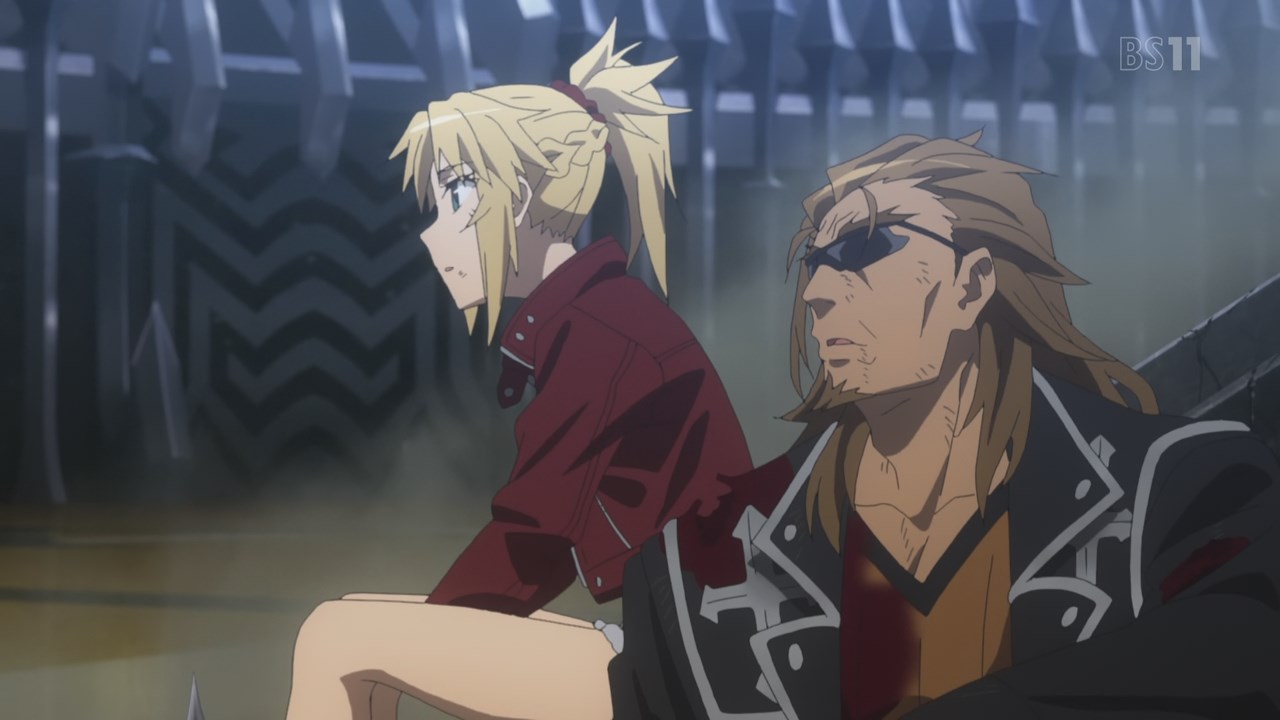 Considering they both died after the fight with Semiramis, and failed to reach the Holy Grail, you’d think they failed to get their wish granted. But in a weird way, they kinda granted each other’s wish. Not exactly the way they wanted it, but close enough.

Kairi wanted his daughter back, but his time with Mordred was like a father and their child. It’s very clear they had a lot of affinity for each other and that they really enjoyed their time together. In a way, Kairi was able to be a father and having Mordred as a servant was like having a daughter.

Because of that, Mordred was kinda able to fulfill her wish as well. She wanted to ease her father’s loneliness, but she ended up doing the same thing for Kairi instead. Just by being her master’s servant, and fulfilling the role of her daughter for the duration of the show, she was able to alleviate the loneliness Kairi was felt since his daughter died.

And that is what I find so beautiful about their character arcs. They may have lied to themselves about what they really wanted, but by the end of the story, they were able to get their wish granted, and that’s what Fate/Apocrypha is really about. It really made their death scene feel so much more impactful.

That is what made these two my favorite servant-master pair in the Fate franchise, and why I really love these characters.

Thanks for reading this short post where I explain why I really love this pair and their character arc.

And remember, Mordred is best girl.

One thought on “Fate/Apocrypha: How Mordred and Kairi Got Their Wish Granted”