Warning! There will be spoilers for up until the end of the second season of Sword Art Online.

Physical strength is superficial, so I can rule that out for the most part. Having agency I feel is a bit unfair of a stipulation because the real world can be cruel. There will always be external factors having some control of your life, and will cause one to struggle, so it’s really possible for a person to have complete agency over oneself.

The last one, independence, is the trait that bothers me. I’m tired of the of the fetishization of independence as a symbol of strength, even from men. While complete dependence on one, including on men, can be seen as a symbol of a weak character, I think it’s absurd to assert a character is weak for not being completely independent.

This seems to be a major reason why Asuna is criticized so frequently as a character. She is criticized for losing her status as an independent badass, having to rely on Kirito to help her, such as in the Fairy Dance arc when she was captured. This is what lead to her commonly being called a damsel in distress. Not only is this blatantly not true, what people fail to understand is they are mutually dependent. Both depend on each other and cover for each other’s issues. Neither Kirito nor Asuna depends too much on the other, so both are able to stand out for their strengths and weaknesses.

If anything, I would say this is a sign of a strong character. In a world in which sharing your problems with others is seen as a sign of weakness, and people are expected to be independent to avoid being seen as useless, it takes strength to reach out to others. People are stronger together, and there is no reason why we shouldn’t apply this same standard to characters in anime.

Something I commonly hear about Asuna’s character is how she started out as a badass, but once she got together with Kirito she became weak and eventually became a damsel in distress. This shows a huge fundamental misunderstanding of her character. If anything, the opposite is true. Asuna didn’t start out strong, not in even the slightest.

Her parents’ high expectations of her and the prospect of arranged marriage in the real world made her feel powerless. She only got SAO to escape from her real world problems. In this world, she could be strong, unlike her real world self. She puts on a facade of strength and bravery, becoming the cool badass “Lightning Flash Asuna”. But this ideal vision of a badass woman everyone has of her, both in the context of the anime and the context of the people watching the anime, is not the real Asuna.

The real Asuna at that point was a scared girl who felt powerless. She cried alone every night and had nightmares, but kept putting on a brave face because she thought it would make her strong. But after she met Kirito, she didn’t need to do that anymore. She was happy and could be her true self around him. Her true self wasn’t a cold badass sword fighter, but a sweet and caring girl. They were able to care for each other and gave each other the strength to keep moving forward. Up until that point, she felt every day spent in the virtual world was a day in the real world wasted, but meeting Kirito made her feel her time there was real, and that her experiences and feelings were all real, which allowed her to grow as a person and be aware that the way she changed in Aincrad was also real.

The Fairy Dance arc unfortunately had a major impact on why people don’t like Asuna. It’s the reason she is commonly referred to as a damsel in distress. It is absurd to use this situation to call her a damsel in distress. The reason is a point I made earlier. We don’t truly have full control over our lives. There will be times in which we are made to suffer and there is little we can do about it.

Ironically, despite being called a damsel in distress, she kinda proves she’s the opposite. She aided in her own rescue. She didn’t just keep quiet and take her abuse. She had no intention of letting Oberon have his way. Considering the dire situation she was in, that takes a ton of courage. She even attempted to escape. She may have failed but she stole the card key needed to climb up to the top of the World Tree. Without that card key, Kirito would not have been able to make it to her. To put things into perspective, without Asuna stealing the card key, the hundreds of people who’s brains were trapped would not have been rescued otherwise.

Not only is it absurd to call her a damsel in distress considering all of this, if anything she was kinda heroic. She spent much of Aincrad putting up a brave face, but when her situation truly was dire, she had the courage to make a stand. I think that makes her quite strong, doesn’t it?

The Mother’s Rosario arc brings Asuna’s personal life back into the spotlight and makes it the main conflict. Asuna’s mother despises the VR world. It took her daughter away for 2 whole years and continues to, in her mind, distract Asuna from her duty to become a successful woman. Her mother constantly puts pressure on her to keep up with her studies and to find a man to marry, despite Asuna being in love with Kirito. She also wants her daughter to transfer to a better school, ignoring the fact that Asuna currently likes where she is.

While Asuna had moments in which she found her strength, she finds herself powerless again, just like she was before she was before Aincrad. Because of her family situation, she feels she has no control over her life. That is, until Yuuki Konno came along.

Because of her terminal illness, Yuuki tried to live the time she had left to the fullest, which also had an impact on the others around her. She was also genuine with how she felt and taught Asuna that sometimes you have to fight to get your point across. In the case of Asuna, that means she needed to build up the strength to confront her mother head-on to explain her feelings. 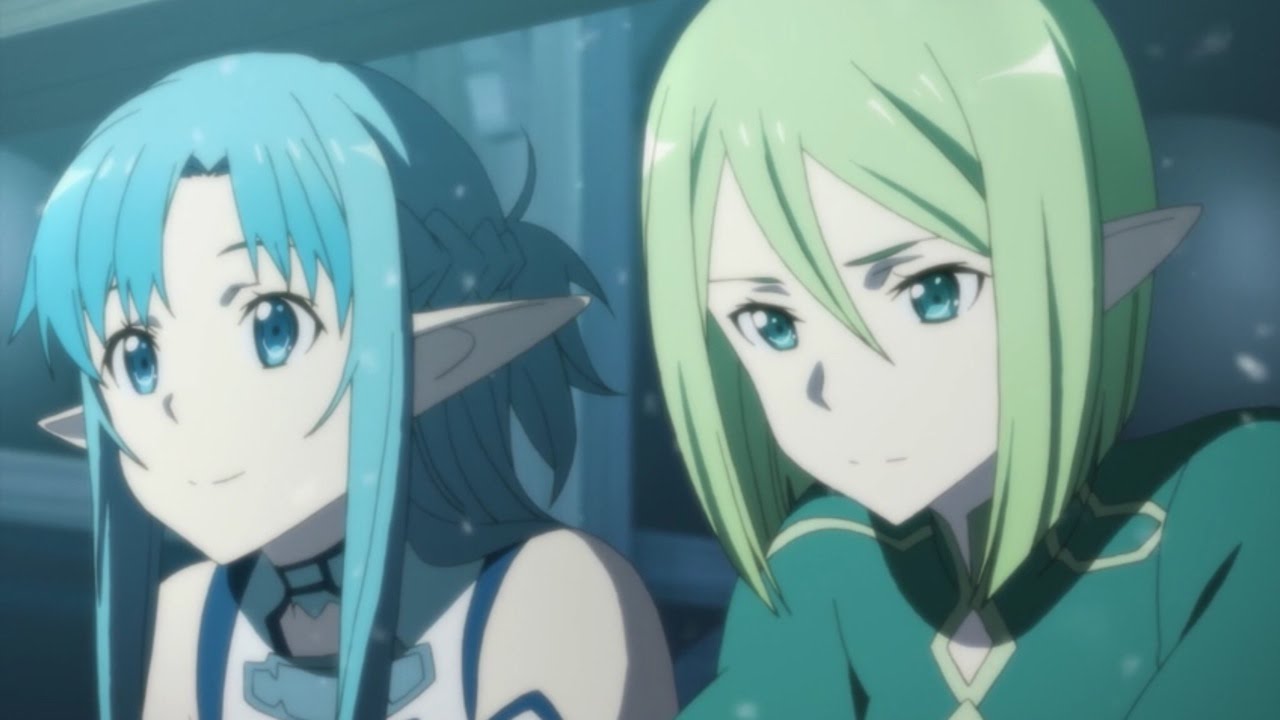 Asuna takes Yuuki’s advice to heart and invites her mother into the VR world to show her why the VR world means so much to her. She shows her the log cabin and how it reminds her of the time she spent with her grandparents.

It may not be flashy or badass, but not only does this scene show major growth for Asuna as a character, it also validates all of the growth she has had up until this point, which in my view, doubly validates her status as a strong female character. It isn’t simply about being a badass or being physically strong. It isn’t about independence. It’s about facing challenges and overcoming them, as well as having the resolve to improve oneself, which Asuna has proven herself capable of doing multiple times throughout the show. 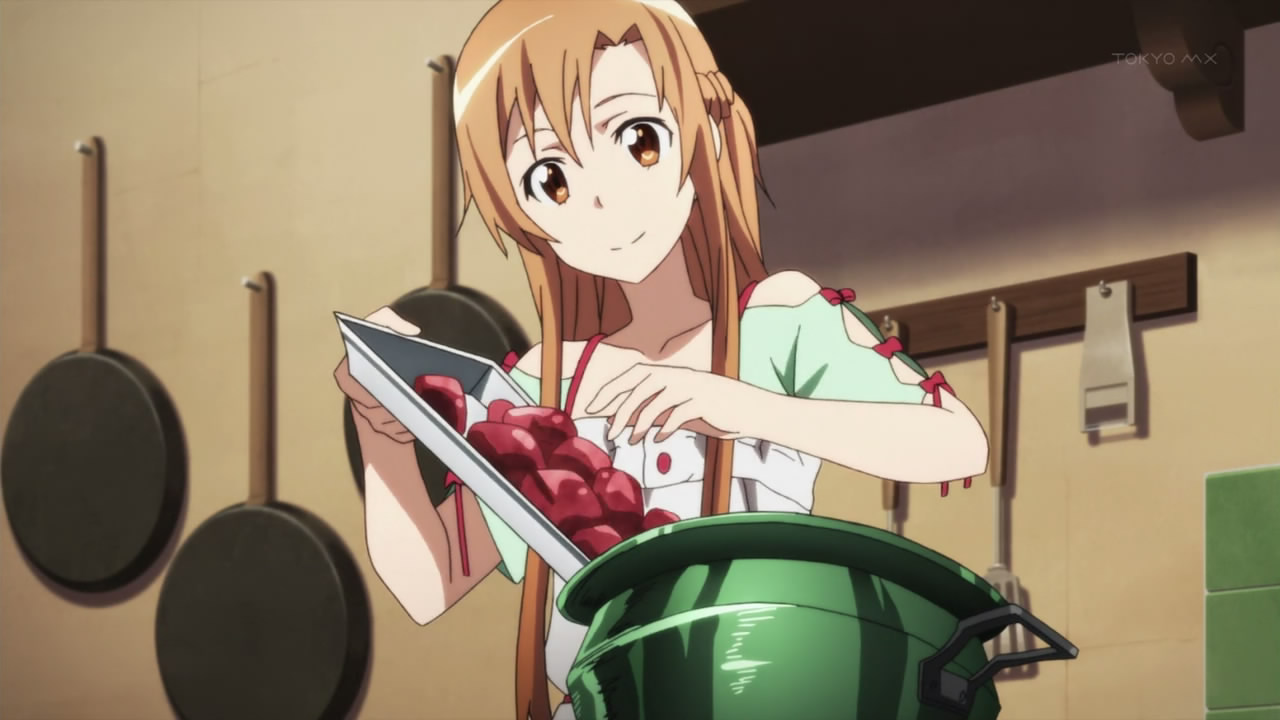 This is also why I feel Asuna is one of the most well-rounded characters in anime and is a model of what a strong female character should be like. She is a sweet and caring character, always showing concern for others. She will do anything she can for those she cares about, such as searching for her friend Yuuki in the real world when she wasn’t showing up in the virtual world, and allowing Yuuki to go to school and experience the real world through the use of mechatronics. And she isn’t averse to fighting when she needs to. She does struggle and does show signs of weakness, but she overcomes it. She doesn’t do it on her own. She had Kirito and Yuuki who were there for her. This doesn’t invalidate her growth. If anything, it accentuates it. It makes her growth feel genuine and provides a context to make her growth feel realistic, as opposed to being demanded by the plot.

I may have only covered up to the second season of SAO in this blog, but everything I say absolutely applies to the movie and to Alicization, and she continues to show why she is such a fascinating character.

Asuna may not be my favorite character in Sword Art Online (she is my third favorite behind Sinon and Yuuki), but in terms of being a strong female character, I feel she embodies that ideal best, not just in SAO, but in anime as a whole. Basically, what I’m trying to say is outside of my own personal biases, Asuna is simply a fantastic character, and one I have so much respect and adoration for. I hope reading this blog helped you gain appreciation for Asuna too.

One thought on “Asuna Yuuki: The Ideal “Strong Female Character””