It can be pretty tiring watching mean-spirited anime with edgelord protagonists who must take revenge on the ones that wronged them. With isekai being an oversaturated subgenre, having us follow an edgelord protagonist seems to be a recurring trend. What really bothers me is the problematic subtext these types of shows seem to have.

But when writers come up with stories, they carry with them a mindset or an ideology that they are trying to get across. Why would they write a story about everyone wronging the protagonist? Maybe they feel wronged by the world, so they wanted to write a power fantasy about taking back from the world that wronged them. 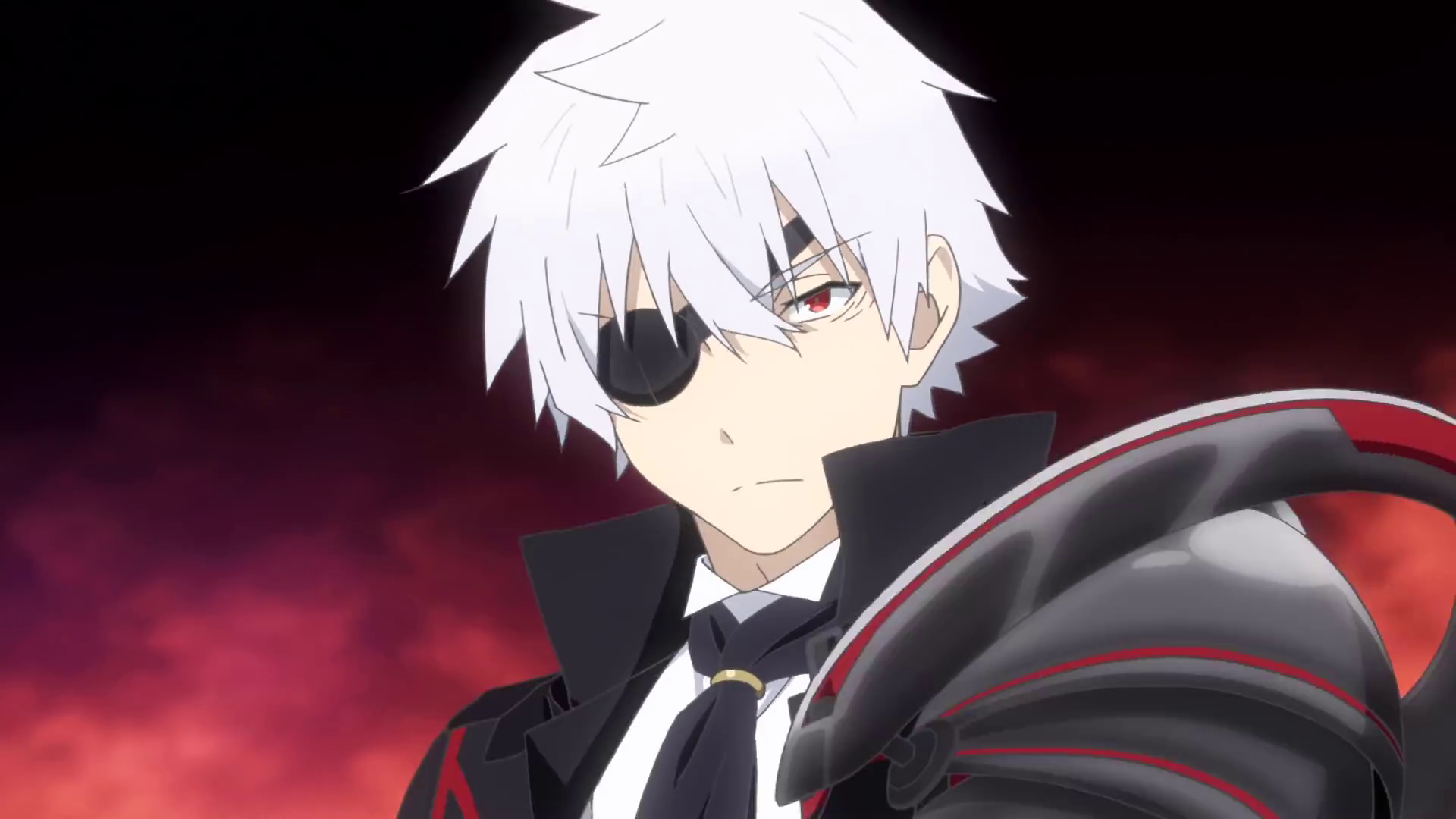 Arifureta and Shield Hero are both recent examples of this and I can’t help but feel disgusted by the subtext. I don’t want this to sound like I’m downplaying the suffering of others. I’m well aware of the numerous atrocities in this world. Many times, it can feel like everything is out of your control, and there are many scenarios in which your own struggles really are the fault of others. Take one look at the political world and it’s obvious that this is the case. But these types of stories don’t approach the matter with this level of nuance. They have to make the world as mean as possible so the protagonist has a justifiable reason to want to take revenge on it.

This leaves little room for nuanced character writing and character growth. This style of writing comes with a tinge of entitlement. “My failures and my flaws are everyone else’s fault, not my own.” Now the edgelord protagonist must take what is rightfully theirs, since the world has taken it from them. You might be thinking it’s a bit unfair to frame it as entitlement, since the character was wronged. But look at the rewards.

In Arifureta, as Hajime goes on his journey, he acquires a harem. There is no personal growth involved. He just becomes overpowered and takes what is rightfully his. Not only is the reward not based on personal growth, but the reward itself is pretty absurd. Sure, it might feel good from a reader’s perspective to gain a superficial sense of progress in the form of tangible rewards, but none of it feels earned. It only feels like it’s there to the reader easy forms of gratification.

Anime like this feel less about fighting against the atrocities of the world and more about proving how awful everyone else is and how great you are.

Now Re:Zero, one of the better isekai, subverts this form of entitlement by punishing Subaru for it, instead of rewarding him, and having him reflect on his own flaws, but we aren’t here to talk about that. We are here to talk about A Certain Magical Index.

I don’t want to say Index subverted this idea, since the Index light novel is pretty old, and everything I’m about to explain existed before the isekai boom. I’m not sure if Kamachi is a prophet and knew the route light novels and anime would take, or if he has a time machine and wanted to subvert future trends, but it’s unbelievable to me that he was able to write a character that essentially subverts just about everything wrong with edgelord isekai protagonists. Yes, we are talking about Shiage Hamazura.

WARNING! There will be spoilers for A Certain Magical Index.

Shiage, as an “inferior” level 0, he also feels wronged by those with power, and becomes a higher ranking member of Skill Out. After his leader died, he was forced to take on a dangerous mission which caused him to confront Touma Kamijou.

Touma is a level 0, but he doesn’t use that as an excuse to pretend those with power are evil. He explains that if Shiage used his group to help those in need instead of lashing out against the strong, then they wouldn’t be looked down upon. There are many level 0 espers that he knows that aren’t looked down upon because they don’t pray on others.

Essentially, he is breaking down the argument that tends to give edgelord characters like Hajime justification for his actions. “The world is wrong and my happiness is important so I will take what I want by force.” Touma is breaking down this line of thinking. Shiage blames others for his own inferiority instead of reflection on his actions and trying to make others happy. Sure, there may be level 0 espers who have suffered due to their status, but it doesn’t justify their actions.

He created a categorization of level 0 espers being the oppressed and more powerful ones as the oppressors. When you decide the actions of a few represent a whole, you create a mindset of everyone being wrong except you, and this is a toxic mindset that gives you justification for being a bitter piece of shit. At this point in the story, that is who Shiage is. 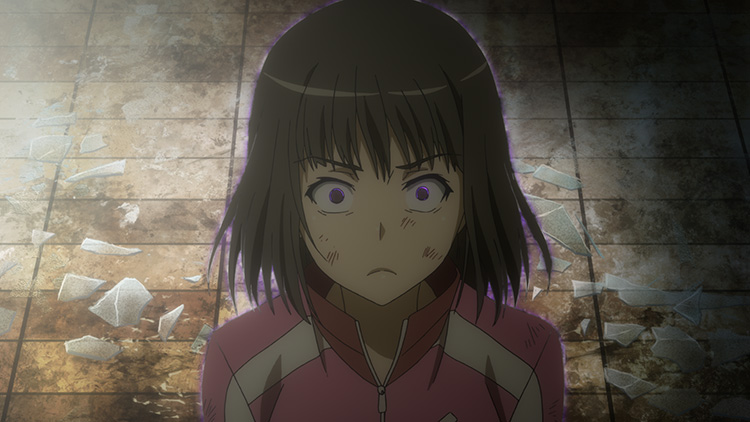 It wasn’t until the until the Battle Royale arc that he started to realize that Touma was actually right. He joins a group called ITEM to help them out with their missions. When confronted by Dark Matter, Rikou Takitsubo, a level 4 esper, pushes Shiage into the elevator so she can fight him off and protect him.

He feels conflicted at this. He had always thought level 0 espers were disposable garbage, wronged by the strong around them. Yet a level 4 tried to save him. This is where he realized that he was wrong about how he categorized others. It wasn’t everyone around him that was scum. It was him.

Despite being an “inferior” level 0, he finally found someone that acknowledged him, that felt he had value, and that person was a level 4 esper. The one glimmer of hope and redemption for the loser that is Shiage Hamazura was Rikou Takitsubo, and he couldn’t let that go, so he had to save her.

This shows that it isn’t about power. He isn’t inferior because he is a level 0. The higher levels aren’t superior just because they are higher levels. What matters is the desire to do something good for someone.

In a show like Arifureta, it is pretty much demanded Hajime becomes extremely overpowered. How else is he gonna take whatever is rightfully his?

Shiage isn’t strong at all. Yet despite that, he is able to pull off miracles. I’m not gonna pretend he doesn’t have the most absurd luck on the planet, being able to beat the 4th strongest level 5 and avoid certain death so many times, but maybe the story needed a bit of luck to get it’s point across.

It never was about strength. He was a loser because he blamed everyone around him instead of reflecting on his own self. He realized it wasn’t about punishing those he feels wronged him. It’s about protecting those you care about. And by doing that, he earns what comes his way. He saved the first girl to ever acknowledge him and the one he fell in love with. And he did more to save the people than he ever thought was possible.

This realization not only gave him something worth striving for, but gave him an avenue for meaningful character growth. In the Dragon arc, he realizes Rikou is the only thing in his life that he currently values and that he can’t let anyone take that away from him. At this point in the story, he doesn’t blame his weakness on others, but on himself. Instead of lashing out, he acknowledges his weakness. While he recognizes that he’s just a common thug, he’s okay with that. He doesn’t need to be strong as long as he can protect Rikou.

In the WW3 arc, he begins to embrace the kindness that others can share. His toxic worldview continues to diminish as he begins to think about more than just himself, even risking everything to fight off the privateers and protect a Russian settlement. He even leaves the settlement to prevent Academy City from endangering it. Even after rescuing Rikou, he still manages to repay that kindness to the settlement by trying to save it from a bioweapon.

It became clear what it was he needed to protect. “Protecting level 0’s” from the higher levels was just an excuse used to justify his actions that came from a sense of inferiority. But Mugino was a level 5, and she was suffering because of the darkness of Academy City. Rikou, and everyone hurt during the Battle Royale arc were suffering because of that darkness. That’s why, in spite of everything that happened between him and Mugino, he wanted to protect her, and everything that made ITEM happy.

Touma was right, it was never about how weak or strong you were. It was about protecting those that are suffering. Knowing that, even a level 0 like Shiage Hamazura could protect a level 4 like Rikou Takitsubo, and a level 5 like Mugino Shizuri.

That last thing that completely allowed Shiage to get over his insecurities was towards the end when he was attacked by Academy City and learned about the Parameter List, showing that Academy City favored those that had the aptitude to become higher level espers. He may have felt like a worthless piece of shit due to his status as a level 0, but Academy City never truly gave him a chance. They deemed him worthless. Yet despite this, he was able to accomplish so much, and save so many people. It didn’t matter what others thought his own worth was. His self-worth isn’t defined by others but by his own actions. Academy City may have formed him into the bitter piece of shit level 0 he was, but by reflecting on himself and changing his worldview, he was able to assert his own worth.

Because of this, he was rewarded. But not with superficial tangible rewards handed to edgelord protagonists like Hajime from Arifureta. He improved his self-image and was able to save the ones he cared about, as well as the ones who helped him. He earned these rewards, and the gratification I received from experiencing his arc didn’t come from an edgelord who took what was “rightfully” his, but from a character who’s character development proved that self-reflection and empathy is necessary for growth and that is what lets you earn the goodness that comes your way.

I think that by the end of A Certain Magical Index, Shiage Hamazura, despite being a level 0, became a hero.

Shiage Hamazura was one of my favorite characters when watching the anime for A Certain Magical Index and now that I’ve read the light novel, this holds even more true.

One thing I really like about this series is how progressive it feels. Its themes tend to promote growth, kindness, and empathy, that is surprisingly executed in such a nuanced manner, and Shiage Hamazura is one of the shining examples of this, which is why I wanted to make a blog post about him.

Thanks for reading and be sure to tell me what you think about Shiage Hamazura.