I’ve dabbled a bit into the exploitative gacha format.  But none have been able to capture me like Genshin Impact has.

I tried Fate/Grand Order, and I quit pretty fast. I played a bunch of Bang Dream when I first downloaded it, but I barely play it anymore, so I’m extremely behind on the story content. I tried Fire Emblem Heroes and that was really boring.

I started playing Genshin Impact during the Zhongli banner. I didn’t expect it to be something I play for many hours each time, but I probably have well over 50 hours into the game. There must be something about the game that managed to capture my attention so well, so I decided to write a blog on it.

The first thing I want to talk about is the gameplay. The gameplay can pretty much be separated into two distinct categories. There is the exploration, and the combat. You may have heard people compare it to The Legend of Zelda: Breath of the Wild before it released, and it’s an apt comparison. It’s clear Genshin Impact took influence from it.

My gameplay experience was very similar to Breath of the Wild, with me constantly going off the main path to explore random things. If I see something that catches my attention, I go towards it. Genshin Impact manages to do an even better job than Breath of the Wild in this regard, with some really good world design. There are lots of treasure chests in the world, and even more can be obtained through solving small environmental puzzles.

So many times I saw something that looked a little bit off, or something suspicious. I solved a little puzzle or interacted with it, and was rewarded with a chest. There are also seelies, little spirits that you can follow back to a monument, which will get you treasure. Sometimes following multiple seelies can unlock something on the map.

There are also the anemoculi and geoculi. By finding these floating collectibles, you can offer them to the statues of the seven. That will increase your stamina and give you rewards. There are also waypoints scattered throughout the world, which are worth finding so you can go back and explore wherever you like.

There is also the shrine of depths. Achieving certain objectives will get you keys that can unlock an area with large amounts of treasure.

That brings me to my next point which is the combat. The combat is much more action focused compared to the more strategic and reaction focused gameplay of Breath of the Wild.

Genshin Impact is an RPG, and how you upgrade your characters, and what equipment you give them has a major impact on how they perform in combat. Another thing that is very important is elemental reactions. Each character has an element, and by combining elements, you can get reactions that will cause certain effects and do crazy amounts of damage. My main strategy involves getting the enemy wet with Xingqiu, then using Kaeya to freeze them. If they have their elemental burst, I can repeatedly freeze them. I also have a pyro character to inflict melt or vaporize, and I use the protagonist to hit them with a high damaging swirl reaction. My strategy of course isn’t the only viable strategy, and I do wanna try out more strategies as I upgrade my characters.

Earlier, I stated how addicting the exploration is. This is important, as it’s your main way of gathering materials and equipment you need for your characters. The gameplay loop of finding material and equipment to upgrade your characters so that you can do even more challenging stuff is so addicting and incredibly rewarding. I’m never bored even when doing mundane stuff that isn’t a part of the main story or side quests.

Playing the game normally is also very rewarding. The main story quests and character quests give many rewards. Same for side quests and daily commissions. By just playing the game, you level up your adventure rank, which gives you rewards and allows you to progress through the story.

Many people have complained about how the game copies Breath of the Wild. Breath of the Wild is a really good game. I believe it sets a really good standard for how open-world games should be approached, so I have no complaints with Genshin Impact taking inspiration from it. I think taking that formula and improving on it or putting a spin on it is a great idea, and I hope more games do so. Honestly, I enjoy Genshin Impact even more than Breath of the Wild. It’s hyper anime style, action focused gameplay, and interesting story makes me enjoy the game even more.

I do have to point out some issues though. It is a gacha game, which means it’s super exploitative. I would hope it would try to be less exploitative than other gacha games, but it really is exploitative. I’m a free player, and I’m having a great time regardless. But I really do wish this was a 60 dollar game. I would even pay for expansions.

The game really wants to extort you for all of your money. Characters are pulled through gacha. The rates are horrible and gems are extremely expensive.  To full max out the potential of your characters, you need to pull them multiple times to upgrade their constellation. They could at least make you pay for each character instead. But ideally, I wish the game wasn’t designed around gacha and actually let you get everything by playing the story or doing side stuff. They could still keep the game super grindy, because like I mentioned earlier, the gameplay is very fun. I enjoy the grind because it doesn’t feel like a grind. It’s simply fun and rewarding.

Next, I want to talk about the story. I don’t think people expect much from a gacha game in terms of storytelling, but I truly believe the story in this game is really good. It’s very interesting. I want to know more about the mysteries of the world and of the protagonist’s lost brother/sister.

What really helps the story excel is it’s immense worldbuilding. It fully takes advantage of it’s huge world to make it feel like a world inhabited by people. There is lore and customs that make this world feel important beyond what the protagonist has to had to it. This is shown through the main story, the character story quests, and even the side quests. Even the world design plays a part, as much of the lore is tied to the ruins of the world.

Regardless of what aspect of the story you are experiencing, it always feels valuable. Even side quests and interesting. I don’t always feel compelled to skip the dialogue. There is also bits about each character in their menu.

This game honestly succeeds where I feel Xenoblade Chronicles X failed. People defend the poor story of Xenoblade X by pointing towards the side quests, but for the most part, they weren’t that interesting outside of a few, and it mostly felt like a chore. Genshin Impact also doesn’t gatekeep as much when it comes to accessing the parts you are interested in, as affinity kept me from learning about the side characters. In Genshin Impact, I’ve unlocked character side quests just by playing the story. And I really enjoy these character quests.

I also feel the world level was a genius idea, as it keeps enemy levels close to your own, allowing you to be free to explore while also being challenged. This way, you can do whatever quests you want as you please. In Xenoblade X, much of the world was inaccessible due to powerful enemies that would kill you even if you ran. Mechs allowed you to bypass this, but made exploration so easy that it wasn’t even rewarding.

Honestly, the way the gameplay and story of Genshin Impact compliments itself was quite masterful, and I hope more games take after it in the future, preferably not a gacha game. 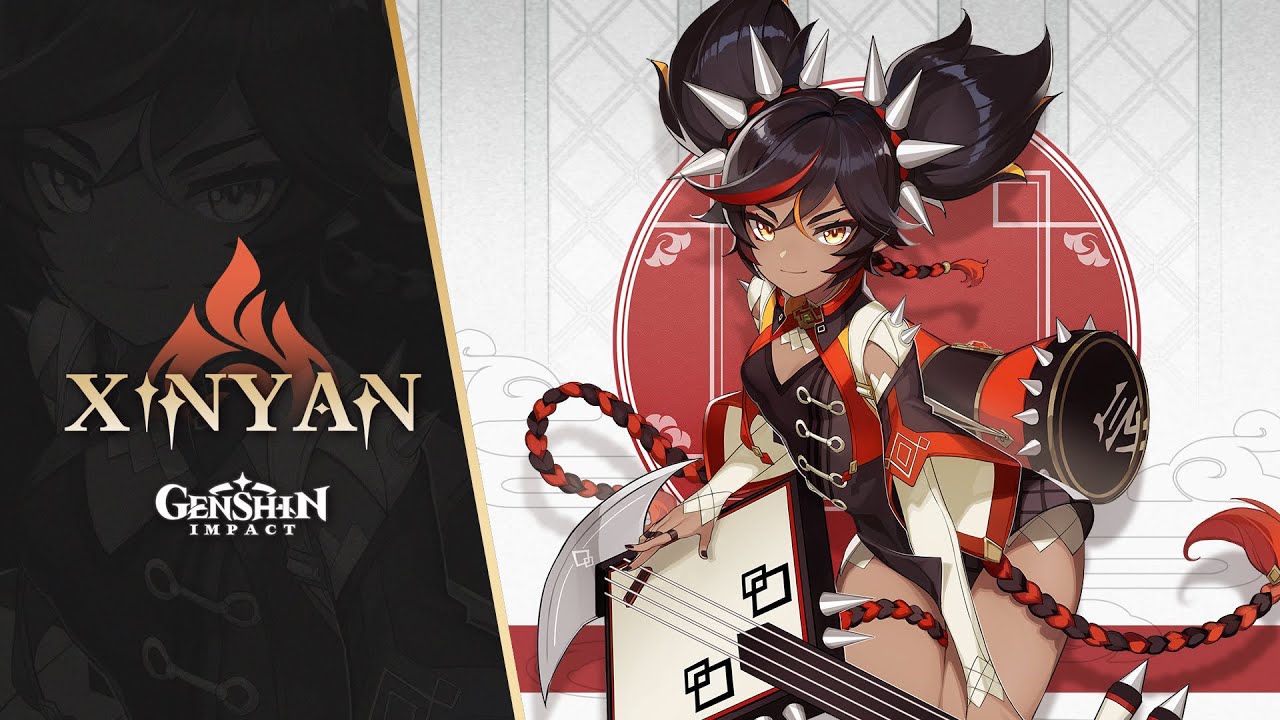 The world also looks beautiful. The environments are absolutely breathtaking, and the world design and color palette helps this world pop out even more. Go to basically any high place in the game and look into the environment and you got a poster right there.

Animations are great too. Characters each have their own unique attack animations, which often fit along with their personality.

One issue I had with Breath of the Wild was the minimalist soundtrack. It was really boring. I kinda have this issue with Genshin Impact, but at least the battle tracks are pretty good.

If I could praise one thing about the sound of the game, it would be the English voice acting. It’s a huge game, so there is a ton of voice acting. There are some familiar faces that you will see in a lot of video games and anime. There are also some newcomers I hadn’t heard about before. Regardless, they all sound great. I was especially impressed by the voice of Paimon, Corina Boettger. They did an amazing job at making Paimon sound totally adorable without sounding grating. I also really like how Amber sounds. I had never heard of Kelly Basking before, but she did an amazing job with her.

Not only is Genshin Impact an extremely fun game, but its a game that never ends. Like your typical gacha game, there is always new content coming out in consistent intervals. But unlike those other gacha games, I’m actually excited for these updates. There is new content that I’m genuinely excited to experience. Genshin Impact is already an amazing game, so adding more content to that is a huge win. Who knows how long Genshin Impact will be able hold my attention.

I don’t normally stick to gacha games. I’m used to playing jrpgs. When I’m finished with the game, it’s over. But Genshin Impact never ends. Hopefully, I will be able to stick with it for a very long time, but considering how fun it is to play, I can see myself sticking with it for a long time.

Genshin Impact is absolutely an exploitative gacha game. But it’s still a worthwhile game, even if you are a free player, and I would highly recommend this game.