I just finished The Legend of Heroes: Trails in the Sky SC recently, and it’s honestly one of the best games I’ve ever experienced. I knew while playing this series that I would need to write about it. One thing I found very interesting about the game was the final chapter, so pretty much the ending of the game. So I’m here to analyze the themes of the ending of the game and relate the concepts of the story to Christianity.

WARNING! There will be spoilers for Trails in the Sky SC, which is the second game in the series! 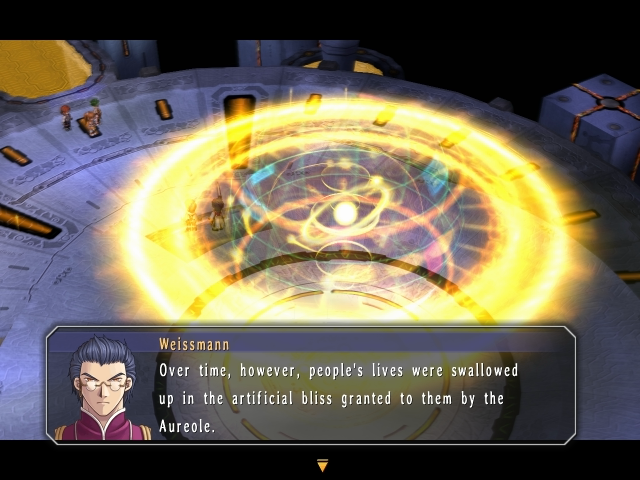 The Aureole was an ancient device that gathered large amounts of orbal energy. The gospel had the power to absorb and transfer orbal energy to the Aureole, granting it nearly limitless power. It was able to guide the people towards a better future by granting miracles. By using a gospel, they could have whatever they wanted. Beyond just sustaining people physically, it also provided them with mental care. It could create dreams to help people enter a state of euphoria.

Ironically, it ended up having the opposite effect than what was intended. The ability to to create false bliss from the Aureole robbed people of their ability to find happiness for themselves. It robbed them of their ability to think and to forge a better future themselves. People became reliant on it, and it ended in chaos. Fearing the consequences of the false paradise on the Liber ark, the Auslese family sealed the ark along with the Aureole in another dimension and moved humanity to the ground, where they could progress humanity themselves. 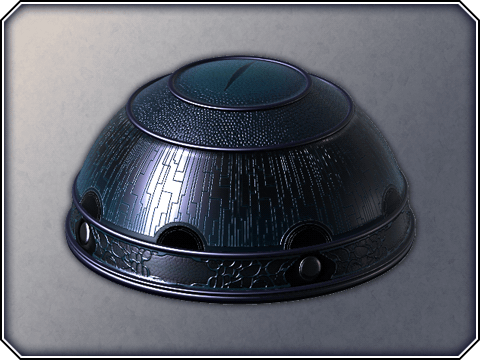 Trails in the Sky contains allusions to Christianity. A gospel is a teaching of Christianity, which followed can lead to salvation. In Trails in the Sky, the gospel is a tool that both gathers orbal energy, and gives the people a way to access all the benefits of the Aureole. Because the Aureole is able to gather such large amounts of orbal energy, it essentially causes the outside to become desolate and unlivable. This is what starts to happen as orbal devices shut down everywhere towards the end of SC. If the Aureole was to expand it’s reach to the whole world, it would truly be the end of the world, at least the human world.

In a sense, this represents the rapture, the idea that believers will ascend to heaven at the end of the world. Those who follow the gospels, the teachings of Christ, will be able to achieve salvation. And in the Liber ark, that is exactly what happens. Using the gospels, people can get the Aureole to grant them miracles. The artificial euphoric dreams the Aureole can provide be seen as salvation, as provided by the gospels.

Using this line of thinking, we can conclude that the Liber ark is an artificial heaven. The gospels provide salvation that leads towards heaven. But can we truly call this salvation? That is what we’re about to get to in a bit. 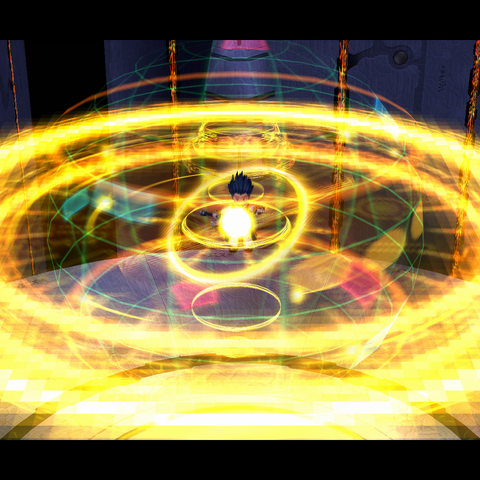 Humanity moved to the ground to avoid the Aureole’s ability to rob them of their minds. But civilization without the Aureole would only lead to war and destruction. Weissmann believed that no matter which path humanity took, it would only lead to it’s destruction, either through the mind and through physical means such as war. History is war, and that is a fact Weissmann believes to be true.

Weissmann is a man with intellectual manipulation abilities. Because of that ability, he intends to achieve the original purpose of the Aureole, but with the added effect of his guidance. He will guide humanity towards it’s intellectual peak, and ensure the future of humanity with pure logic.

Their ability to think will be taken over by the power of the Aureole. They will become mistake proof. Humans will then be able to gain salvation. They will be saved from their self-inflicted demise through pure reason. At least, that is what Weissmann believes.

WHAT MAKES US HUMAN 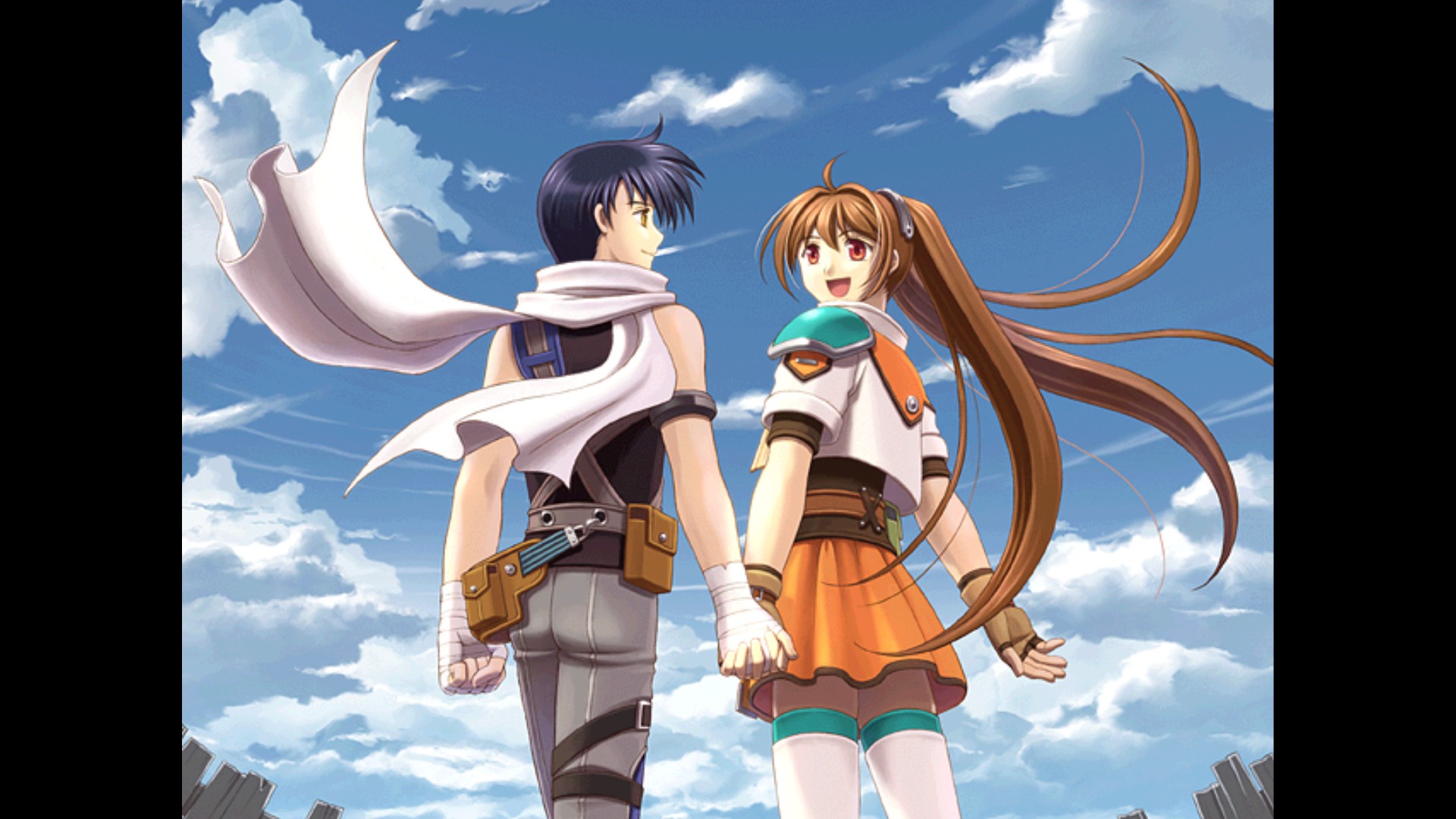 It’s only fitting that the final section be the title of this post, as this is what it’s all about. Weissmann’s ideal is that of an abstract being that just operates logically, essentially some sort of superbeing. Estelle isn’t the smartest person in the world, but it’s because her line of thinking is so grounded, that she is able to see Weissmann’s plan for what it is; pointless. What use is there in becoming a superbeing? Sustaining the human race? Maybe that sounds good on paper.

But Estelle believes humans can do that themselves. Weissmann looks to history and says its impossible, as it will only lead to war and destruction. Estelle isn’t oblivious to this fact, and both do want to learn from history. But Estelle believes humans can learn from history, so becoming a superbeing truly is pointless. She wants to save humanity, but as a human being.

If one operates purely on the logic of the Aureole, are they truly human? Can one truly receive salvation if they have to give up their humanity to obtain it. The Liber ark is an artificial heaven, and similarly, Weissmann’s salvation is also artificial.

Humans have always struggled. They have disagreements, and on a large scale can lead to major conflicts such as war. But Estelle has traveled around the world and seen for herself how humans can come together during times of need and help each. Humans may cause destruction, but they can also learn from these mistakes and create a better future. This is why Bracers and exist and why Estelle herself is a Bracer. If past civilization failed, then it’s the job of the next generation to fix that mistake. Weissmann, as a member of Ouroboros, neglected the ability for humanity to grow and fix their past mistakes, by ignoring the reality of the world.

To Estelle, the ability for humans to make mistakes, and use to them to carve a better future is what makes them human. Humans need the ability to think on their own, with both logic and emotion. Their minds might fail, but they will eventually succeed. Humans are flawed, but it’s both the good and the bad that makes people human, and the good aspects to humanity cannot be ignored. If humans lose the ability to struggle and feel pain, they will never prosper and be able to feel joy. Without the ability to think, humanity will never be able to grow and find out their own potential. Similar ideas are brought up through Ruler in the anime Fate/Apocrypha.

Everything that has happened over the course of the the story is what makes Estelle herself. The struggles, the pain, the success, and the love. And despite everything that has happened, the heroes of the story were able to prove humanity can save itself without the need to give up their humanity to an artificial savior. They solved major political disputes. Former enemies became allies. Even Joshua, who had fallen to the darkest depths of his mind, was still able to be saved. Not by the Aureole, but by other humans.

It’s only fitting the final boss theme is called “The Merciless Savior” because in a sense, that is exactly what Weissmann’s version of the Aureole is. It aims to save humanity, but shows no mercy for what makes people human. To give into this salvation is to deny everything humanity has worked towards. It’s to deny Lena’s sacrifice to save her daughter, Estelle, who one day became a Bracer to make the world a better place.

It’s easy to feel the future of humanity is hopeless when you see all the devastation and destruction around the world. But Estelle has a brighter (pun totally intended) outlook towards the world. She understands the struggles of humanity as she has witnessed it herself, but she also has hope for the good of humanity as she also witnessed on her journey. And that is the key difference between her and Weissmann.

Weissmann had lost hope in humanity itself, and felt people would need to become more than human to sustain itself. Above all else, Trails in the Sky is a story about hope, hope in the future of humanity. Not only does Estelle believe in this hope, she makes an active effort to push towards the brighter (yes, pun intended again) future she hopes for. And she will reach for that hope, as a human being.

One thought on “Trails in the Sky SC: What Makes Us Human”